Midland Marketing along with CoBank donate to the historic Capper Foundation 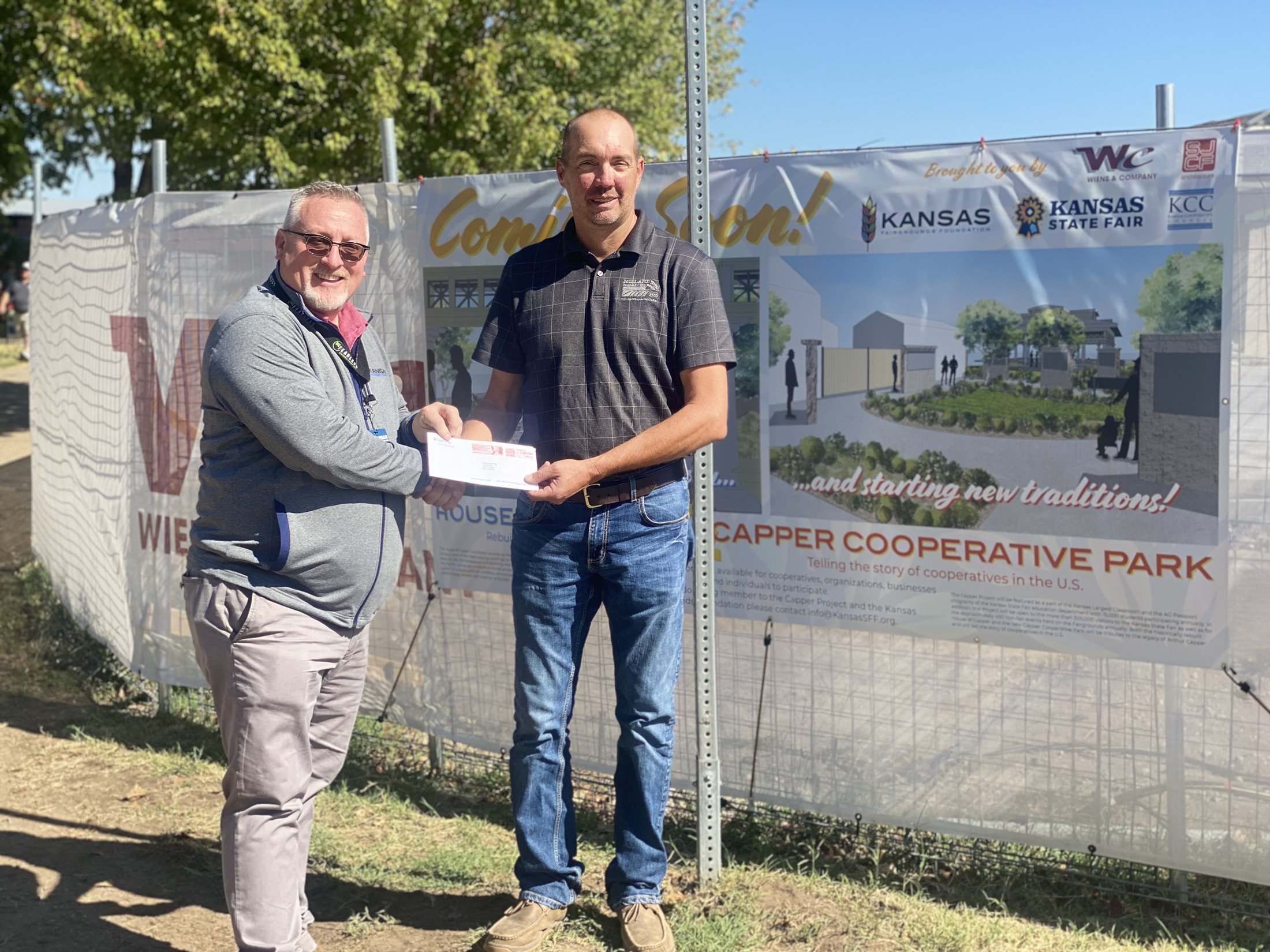 House of Capper is one of the oldest existing buildings at the Kansas State Fairgrounds. The initial funding for the building came in 1913 from former United States Senator and Governor of Kansas, Arthur Capper. The open-air building has been a multi-use space including a professional arts building, bandstand and space used to launch multiple political candidates.
In 1916, the veranda was completed, and was a place for fairgoers to rest, enjoy a cool drink of water, a rocking chair, and restrooms.  Capper always had free publications for the patrons to enjoy while taking in the Kansas State Fair.  Over the years, the House of Capper has been a mainstay of the Kansas State Fairgrounds for folks to sit and catch up with old friends, or people watch as the many families take in the fair.
Arthur Capper was born in Garnett, Kansas on July 14, 1865.  Capper began his newspaper career serving an apprenticeship and then went on to become a printer. In 1884, Capper moved to Topeka and was hired as a compositor on the Topeka Capital.  He soon became a reporter and was sent to Washington D.C. as a correspondent.  In 1893 he returned to Topeka and purchased the North Topeka Mail and then the Topeka Breeze.  Shortly after this he added the Topeka Capital, Missouri Valley Farmer, Capper’s Weekly, Nebraska Farm Journal, Missouri Ruralist, the Household, and the Oklahoma Farmer. By 1931 his publishing business was the third largest in the United States.
In 1912 Capper transitioned to a political career when he ran for Governor. He ran a tight race losing by 29 votes. Election reform ensued and when he ran again, he successfully won the Governor’s seat and was the first Kansas born governor to be elected.  True to his Quaker roots, Capper stood up for what he believed whether it was prohibition, peace movements, or good roads for Kansans.  He was elected for two terms as Governor and then went on to be a U.S. Senator spending time in D.C. but always coming home to Kansas. In 1922, Senator Capper along with Representative Andrew Volstead from Minnesota brought forth the Capper-Volstead Act. This law was passed in response to challenges against cooperatives during the depression. Farm organizations requested legislators to provide support and it was from this that the Capper-Volstead Act was born. This act authorized various kinds of ag producers to form voluntary cooperative associations for the purpose of producing, handling, and marketing farm products. Without Senator Capper’s dedication to the people of Kansas and the United States the cooperative systems might look different from what we see today.
Midland Marketing Board Member Kelly Muir was on hand to present checks to James Fisher of the Capper Foundation at the Kansas State Fair.  Midland Marketing along with the matching funds of CoBank are committed to continuing the work that Senator Capper started.